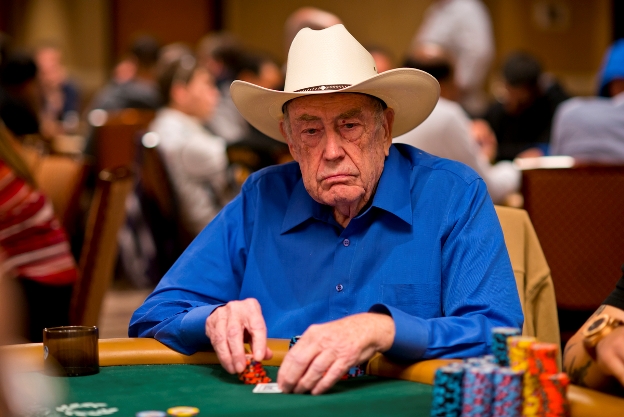 Grandfather of poker, Doyle Brunson posted a tweet about an earlier business decision on Tuesday, which might be the biggest bad beat in poker history.

Online poker veterans are certainly familiar with the domain name doylesroom.com. It was the website of the late online poker room, named after the living legend. The site was sold to Americas Cardroom back in 2011 for an undisclosed amount, but the story has a quite interesting twist.

Back in the “golden era” of online poker, revenues were skyrocketing, poker rooms were making bigger and bigger profits every year.

Doyle and his associates got a $230,000,000 offer for their site, which they decided to reject, in hopes of a much higher potential value in the future. Brunson held 50% of the shares, which would amount to $115 million in this deal.

But after the Unlawful Internet Gambling Enforcement Act (UIGEA) came into play in 2006 the whole industry changed and it was getting much harder to operate a gambling website.

Even though only the participants could tell how much they sold the site to ACR, it’s safe to say the number was significantly bigger and Brunson’s tweet also verifies this clearly.

This is not the first time, Brunson complains about his bad luck in the business world. In his famous book, Super System 2, he writes about another offer he got. He had the opportunity to buy the World Poker Tour brand for $100 million, which he turned down. The WPT later became one of the biggest and most recognized tournament series in the world, with hundreds of millions in market value.

However, with $6,131,775 in live tournament earnings and probably much much more in cash game winnings, Doyle’s done pretty good for himself and is still a regular participant in the biggest cash games in Las Vegas.