Most people think of the casino games as a complete waste of money and time. However, there are plenty of exceptions to this rule.Many players have won life-changing money playing these games. Here is a list of the 6 biggest ever online jackpot winners.

The biggest winner of 2017 makes 5th on the all-time list. An unknown player, who played Microgaming‘s most popular game, the ‘Mega Moolah’ this April managed to hit what happened to be the biggest jackpot of the year and the fifth of all time. As he/she decided to stay anonymous, we only have limited information about the case. The average bet the player placed per spin was $7.2 and the game was played in Tipico Mobile Casino. 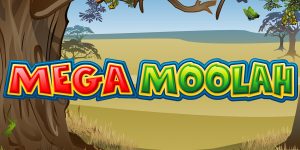 ‘Mega Fortune’ is on NetEnt what ‘Mega Moolah’ is on Microgaming. This game seems to be the best choice when it comes to hitting huge prizes. A fortunate player from Sweden, known only as ‘Alexander’ played back on November 28, 2015, when he managed to hit the whopping jackpot of $9.57 million. As he later admitted he was speechless at first but after realizing what happened, he woke up his wife to celebrate.
Alexander paid his mortgage, bought a new car and went for a holiday to celebrate his win.

A twenty-year-old student from Norway managed to turn a bad night into the best, he ever had in his life. His chose the game of ‘Mega Fortune’ just like 4th place finisher, ‘Alexander’s. The player decided to use his free spins he earned at Betsson casino, to expel his sleepless. Even though, his plan to use the game to make him sleep failed, we assume he can live with that. “It was just impossible to sleep, and I am shaking and sweating. I haven’t thought about what to do with the winnings. I need to try and calm down before even thinking of what I do with the money!” – he told Betsson afterwards. His win became a Guinness World Record but – as you’ve probably guessed already – couldn’t manage to take the title for too long.

“I laughed and cried at the same time.” – A confession, we can strongly relate, by the biggest online jackpot winner ever. A Finnish man in his 40s made history when he placed a 25cent bet playing a ‘Mage Fortune’ progressive jackpot slot machine on January 20, 2013. Don’t believe us? Take a look: 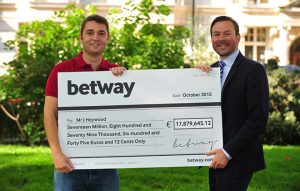 An Afganistan veteran from the UK made a pretty good return on his money when he decided to play a 25cents/game back in 2015. Jon Heywood, who was only 26 at that time, was looking to kill some time on a Tuesday night. What happened after, changed his life. He managed to keep his win a secret for the following three days – even attending work the next morning. Jon used most of his money to get the ‘best possible medical treatment’ for his sick father. The veteran soldier also treated himself with a brand new Bentley Continental GT and his family with a Mediterranean cruise. Just give you a hint where to start – he also played ‘Mega Moolah’.